Enaldrugs is the well-known praziquantel manufacturers in Hyderabad.Praziquantel is an anthelmintic agent which is most effective against cestodes and trematodes.It's bioavailability is increased with concomitant food administration, it is distributed throughout the body which includes central nervous system and it has undergone extensive first-pass metabolism in the liver.Praziquantel is widely used against schistosomiasis and has effectiveness in neurocysticercosis. Praziquantel is considered to be safe for children over the age of 2 years. It has a broad-spectrum action against cestodes which stimulate worm’s motility and also impairs sucker function that allows for passive dislodgement. It has a direct kill effect on schistosomes and trematodes. A headache, dizziness, stomach pain, nausea, tiredness, weakness are some of the side effects of praziquantel. These side effects are usually mild and temporary and may be symptoms of your parasite infection and/or the dying parasites. Biltricide is brand name of Praziquantel. 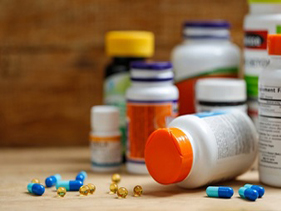 Areas covered by Praziquantel Manufacturers company : All over World